Pandora’s Pick of the Week: “A Clockwork Orange” 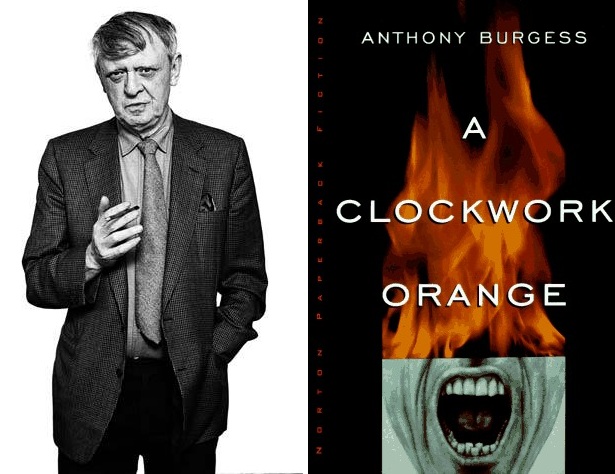 Background: First published in 1962, this novel envisions a dystopian future in which gangs run rampant in pursuit of “ultraviolence.” Burgess actually laments the notoriety this book has received, and in 1985 he wrote, “it became known as the raw material for a film which seemed to glorify sex and violence. The film made it easy for readers of the book to misunderstand what it was about, and the misunderstanding will pursue me till I die. I should not have written the book because of this danger of misinterpretation.”

The film in question is the 1971 Stanley Kubrick interpretation of the book, which captures the horrifying world of Alex, the anti-hero, in visceral detail. I personally think it’s an excellent adaptation.

What it’s about: Alex is a teenage boy who runs around with his friends beating people up and raping women, all while listening to Beethoven and speaking a made-up slang derived partially from Russian, called “Nasdat.” One of the beauties of the tale is in the experimental linguistics, but there are also political overtones to the slang, providing more layers.

When he gets caught and thrown in jail, Alex becomes the subject of a new experiment in changing behavior: he is made to watch gruesome scenes with his eyes held open and experience pain at the same time through drugs. Eventually the connection between violence and pain forces him to feel ill at the mere thought of it. He is released, supposedly “cured” but now no longer able to defend himself against the vicious policemen, listen to Beethoven, or be a true part of society.

Why it will keep you up at night: There are quite a few horrifying things about this novel: the ultraviolence, the rape, and a warped society’s response to dealing with these things. Alex is by no means a good person, but it is hard not to feel revulsion at the behavior modification experiment that is imposed upon him.

Dystopian futuristic novels always provide that niggling fear to those reading them, because they outline the possibility that our world might one day fall victim to this horror. Adding in the fear of Communism, which is apparent in the Russian-influenced argot the criminal teenagers speak, and you get not only a story about the effects of violence but also a deep look into society’s festering wounds.

I’d also recommend getting your droogs together to watch the movie sometime. Real horrorshow.

Or get the movie here!