Happy Father’s Day to everyone and their dearest dads! I hope your celebrations are good, because even though our parents may bug us sometimes, we really do love them… and there are always horror movies to remind us how lucky we are that our dads aren’t murderous lunatics. Some great examples of horrible horror movie dads are The Amityville Horror and (you knew I was going to mention it) The Shining. But I’m going to pick a different movie dad as the World’s Worst Father… 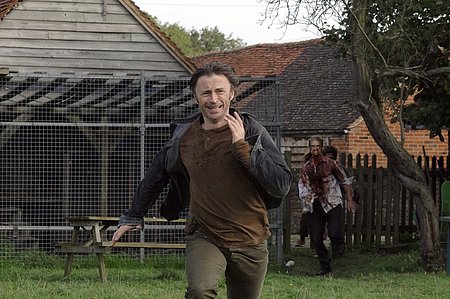 At the beginning of the movie, we’re right in the middle of the zombie virus outbreak that we got to witness in 28 Days Later. Don is living with his wife and some other people, barricaded in a house trying to survive. Their children are off on a school trip or something, so they’re conveniently out of the country. When a little boy shows up, they try to help him, but he accidentally brings a horde of zombies chasing on his tail, and they kill almost everyone in the house.

Don, who was against helping the kid in the first place, finds himself in a room with his wife, the kid, and a zombie (actually, it’s just a person infected with a serious rage virus, but we’ll call them zombies). He’s in the doorway, and instead of trying to help his wife, he shuts the door on her and bolts. Way to go, Don.

28 weeks later, when all the zombies have died of starvation, his kids return to the country and they’re reunited… and he tells them that he tried to help their mother, but he saw her die and there was nothing he could do. Every bit of this is a lie. Which becomes apparent when the mom shows up again, perfectly alive.

Oops. The kids rightfully turn on Don, and he tries to babble his way out of it to no avail. His wife is in quarantine until they can figure out if she’s infected, and he goes to see her. Turns out she’s immune, but she’s carrying the virus. So he tries to apologize for leaving her to her inevitable doom, and leans down to kiss her… except saliva isn’t the only thing they exchange, and he immediately goes bonkers.

Infected by the virus, he savagely rips his wife to shreds and escapes the quarantine room, wreaking havoc as a blood-covered rage-zombie and eventually going after his kids. Granted, we can’t really blame him at this point because the rage virus turns even the most docile creatures into rabid agents of destruction, but still, he’s pretty adamant about murdering his children. Thankfully, his head eventually gets blown off, but not before he nearly turns his son into a zombie just like dear old dad. 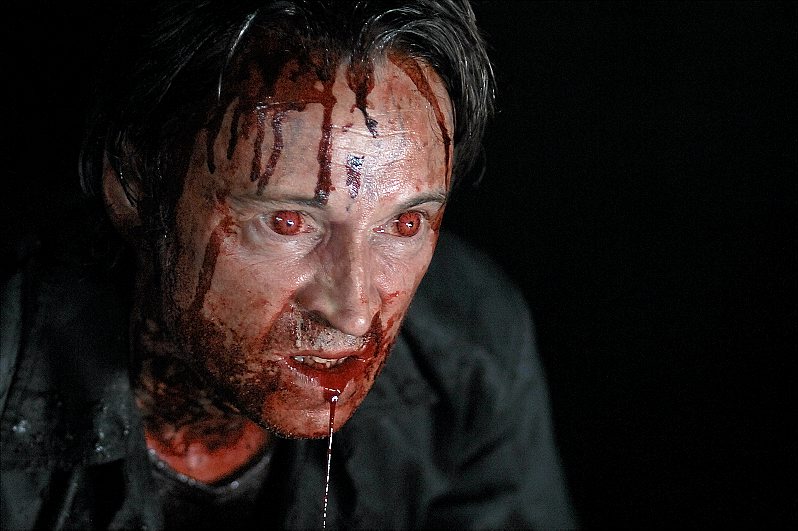 Come give daddy a hug...

So this Father’s Day, thank your dad for never turning into a ravenous monster and trying to murder you. Thanks, Dad!